Microtubules are cytoskeletal filaments that are assembled from and disassembled into their αβ-tubulin heterodimeric building blocks. Because microtubules are implicated in several important cellular activities, including cell division, cell motility, and intracellular trafficking, drugs that interfere with microtubule functions have been developed very successfully as chemotherapeutics to fight against different malignant tumors. A significant breakthrough was achieved when paclitaxel (Taxol®) became the first-line blockbuster drug for the treatment of ovarian, breast, bladder, prostate, and lung cancers. Since then, several additional antitubulin drugs were introduced in the clinic, including epothilone (Ixempra®) and eribulin (Halaven®). However, despite massive medical successes, their wider application is hampered by toxicity and the development of resistance. Furthermore, since antitubulin drugs are typically derived from natural products, their chemical structures are complex and thus difficult and expensive to produce synthetically in high quantities. 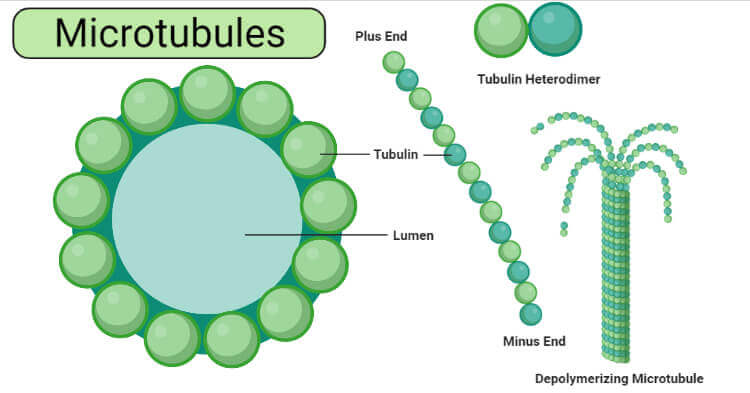 Several dozen different chemical classes of antitubulin agents are known today. They can be broadly divided into microtubule-stabilizing and microtubule-destabilizing agents. By interfering with microtubule dynamics during cell division, they arrest cells in mitosis and often promote senescence or apoptotic cell death, which is the primary strategy of chemotherapies. However, antitubulin agents also perturb the proper intracellular transport of critical molecules and organelles in interphase, which is of particular importance for neuron maintenance and survival.

Recent advances in the high-resolution structural analysis of tubulin and microtubules by X-ray crystallography and cryo-electron microscopy, respectively, made it possible to decipher the molecular mechanism of action of dozens of different antitubulin agents. In this context, seven different binding sites in the αβ-tubulin heterodimer were discovered.

Researchers at the Paul Scherrer Institute PSI and the Italian Institute of Technology IIT have developed a novel substance that disables a protein in the cell skeleton, leading to cell death. In this way, substances of this type can prevent, for example, the growth of tumors. To accomplish this, the researchers combined a structural biological method with the computational design of active agents. The study appeared in the journal Angewandte Chemie International Edition. Active agents that attach to the cell skeleton are among the most effective drugs against cancer. They block tubulin, and thus prevent cell division in tumors. PSI researchers, in collaboration with the Italian Institute of Technology in Genoa, have now developed another potent substance that disables tubulin. They have dubbed it ‘Todalam’. 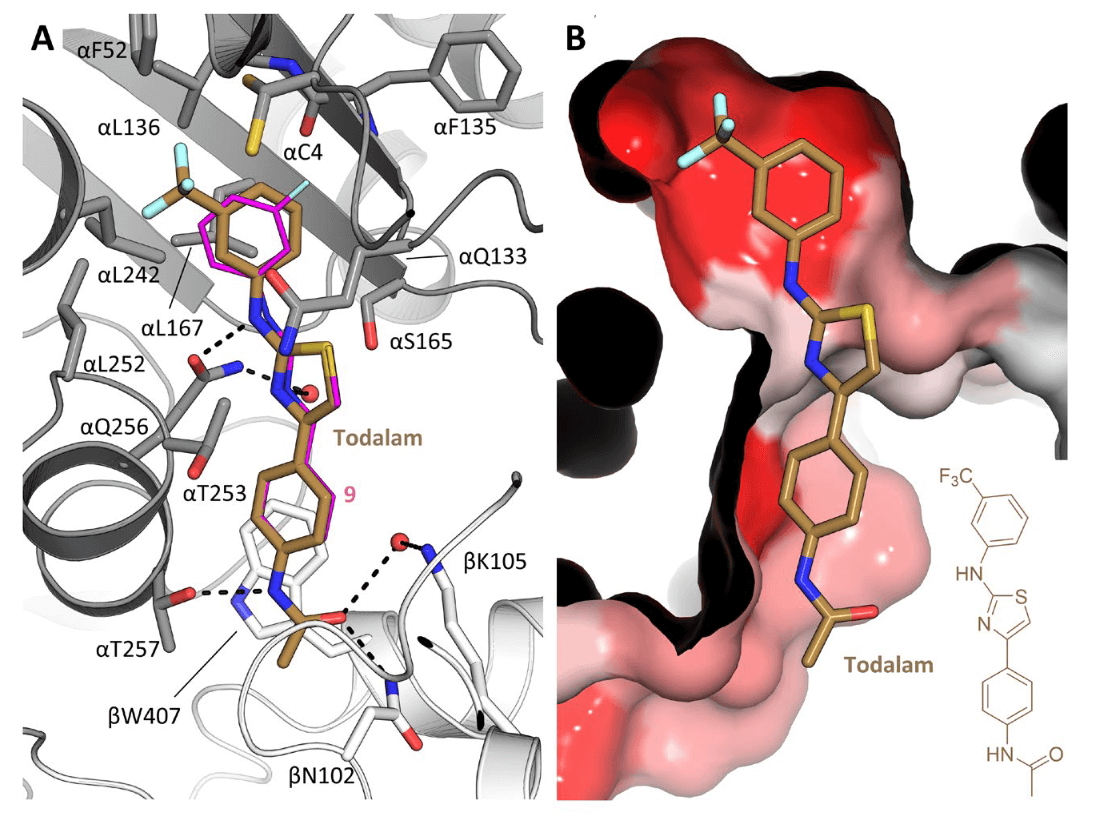 There are typically two different approaches for developing new drugs: Researchers can test an enormous number of molecules to fish out the ones that appear promising, or they can specifically design chemical molecules that achieve the desired effect. The PSI and IIT researchers chose the second path, which is often more difficult. In doing this, they were able to build on their own groundwork, research in which they had already located places in tubulin where molecules can dock especially well. These are the so-called binding pockets, of which they found 27. In addition, the researchers identified 56 fragments that bind to these sites. This work, too, had been published earlier in Angewandte Chemie International Edition.

In the current study based on this prior work, the researchers initially selected a newly discovered binding pocket on tubulin. They used computational design to combine the structures of three molecular fragments, which preferentially dock at this point, into a single chemical compound, and then they synthesized it in the laboratory. "By combining the three fragments into one molecule, we hoped to enhance the effect, since the new molecule fills the binding pocket better," says Michel Steinmetz, head of the Laboratory of Biomolecular Research at PSI.

To confirm the structural observations and depict robust SARs, three different synthetic strategies were conceived to obtain F04 derivatives: Hantzsch synthesis, reductive amination, and acylation. Most of the derivatives were obtained through Hantzsch reaction to form the thiazole core heterocycle. 4-Acetamidophenacyl bromide reacted with corresponding thioureas in ethanol at reflux temperature for 1 hour to yield compounds 3-5, 8-10and 14-22 with moderate to good yields. Alkyl derivatives 1 and 2 were obtained under reductive amination conditions of N-(4-(2-aminothiazol-4-yl)phenyl)acetamide with isobutyraldehyde and trimethylacetaldehyde, respectively. Amide derivatives 11-13 were prepared in three steps. Firstly, the thiazole containing intermediate 23was obtained through Hantzsch reaction conditions between 2-bromo-1-(4-nitrophenyl)ethanone and N-(3-fluorophenyl)thiourea with a good yield. Subsequently, the nitro group present in 23was reduced in presence of HCl and iron with moderate yields to get the amino intermediate 24, which finally was converted into amides 11-13 by reacting with corresponding acyl chlorides in the presence of the non-nucleophilic base DIPEA with moderate to good yields.


In cell cultures, the researchers demonstrated that Todalam kills cells. No wonder, since tubulin is essential for life. "The better a substance binds to a critical site in tubulin, the more toxic it is for the cells," Steinmetz explains. That makes Todalam a promising starting point for developing a drug.

The cytoskeletal inhibitors currently in clinical use are natural substances with large, complex structures and are therefore difficult to synthesize. The newly developed compound Todalam, on the other hand, can be produced in a simple chemical synthesis in the laboratory. "That also means that the compound could be produced in large quantities relatively easily," Steinmetz stresses.

Microtubules are major components of the cytoskeleton. They are found in all eukaryotic cells, and they are involved in mitosis, cell motility, intracellular transport, and maintenance of cell shape. Microtubules are composed of alpha- and beta-tubulin subunits assembled into linear protofilaments. A single microtubule contains 10 to 15 protofilaments (13 in mammalian cells) that wind together to form a 24 nm wide hollow cylinder. Microtubules are structures that can rapidly grow (via polymerization) or shrink (via depolymerization) in size, depending on how many tubulin molecules they contain.